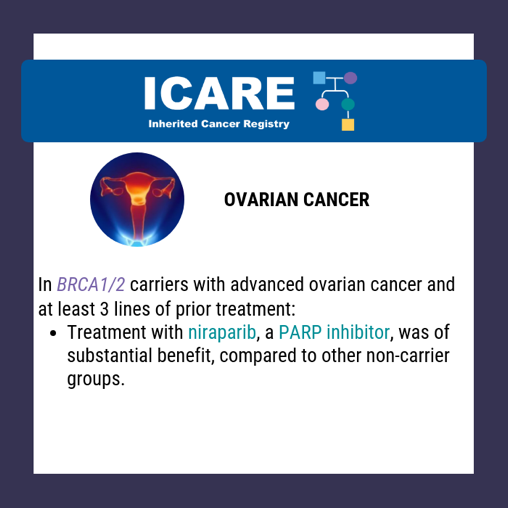 A recently reported study of women with ovarian cancer and homologous recombination deficiency (HRD) who received a PARP inhibitor (niraparib) as fourth line or later treatment showed potential clinical benefit. Specifically, median overall survival after treatment was 19 months in the HRD-positive group (including those with BRCA1/2 mutations) compared to 15.5 months in the HRD-negative group. In fact, the subgroup with BRCA1/2 mutations had a median overall survival of 26 months. These results suggest possible expansion for use of this class of drugs beyond those with BRCA1/2 mutations to a broader patient population with HRD-positive ovarian cancer.

Permanent link to this article: https://inheritedcancer.net/4nls2019/