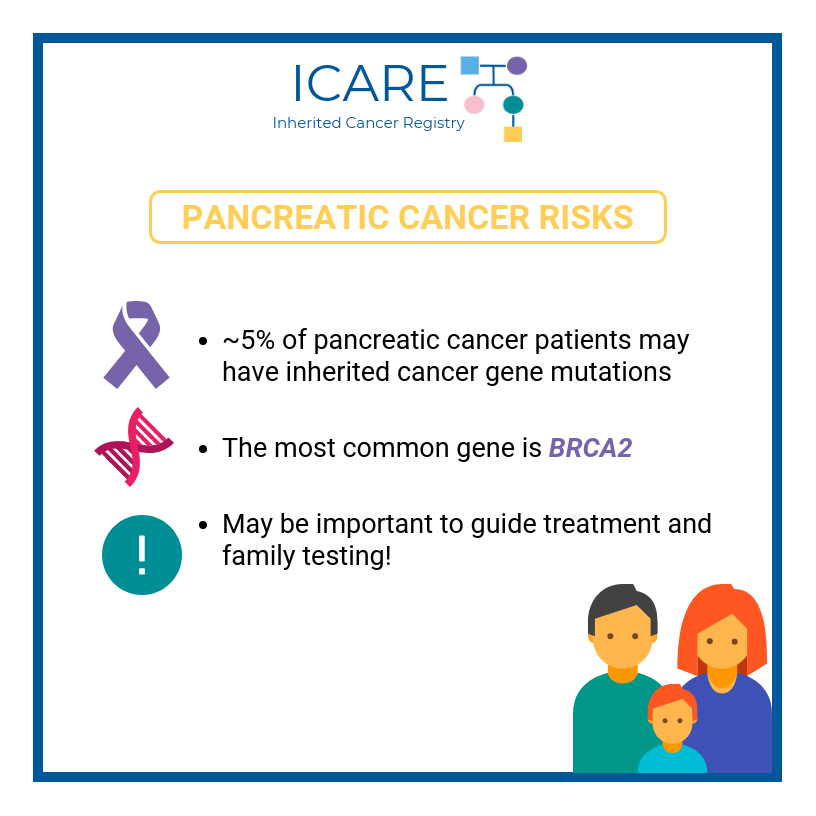 In a recent study which included over 800 patients with pancreatic ductal cancer, inherited cancer gene mutations were found in a much higher proportion than expected. Almost 5% of these patients had mutations identified in inherited cancer genes, the majority of which were in genes thought to be associated with pancreatic cancer (including BRCA2, ATM, BRCA1, PALB2, MLH1, CDKN2A, and TP53).  Those that had mutations identified tended to be younger on average, however most did not have a family history of cancer that would suggest the presence of inherited mutations. These findings demonstrate that a meaningful number of patients with inherited risk for pancreatic cancer will be missed if relying on only family history. With the development of drugs to target cancers which develop among those with inherited disease, this study shows that relying too heavily on family history may lead to missing patients who would otherwise be eligible for these targeted treatments.