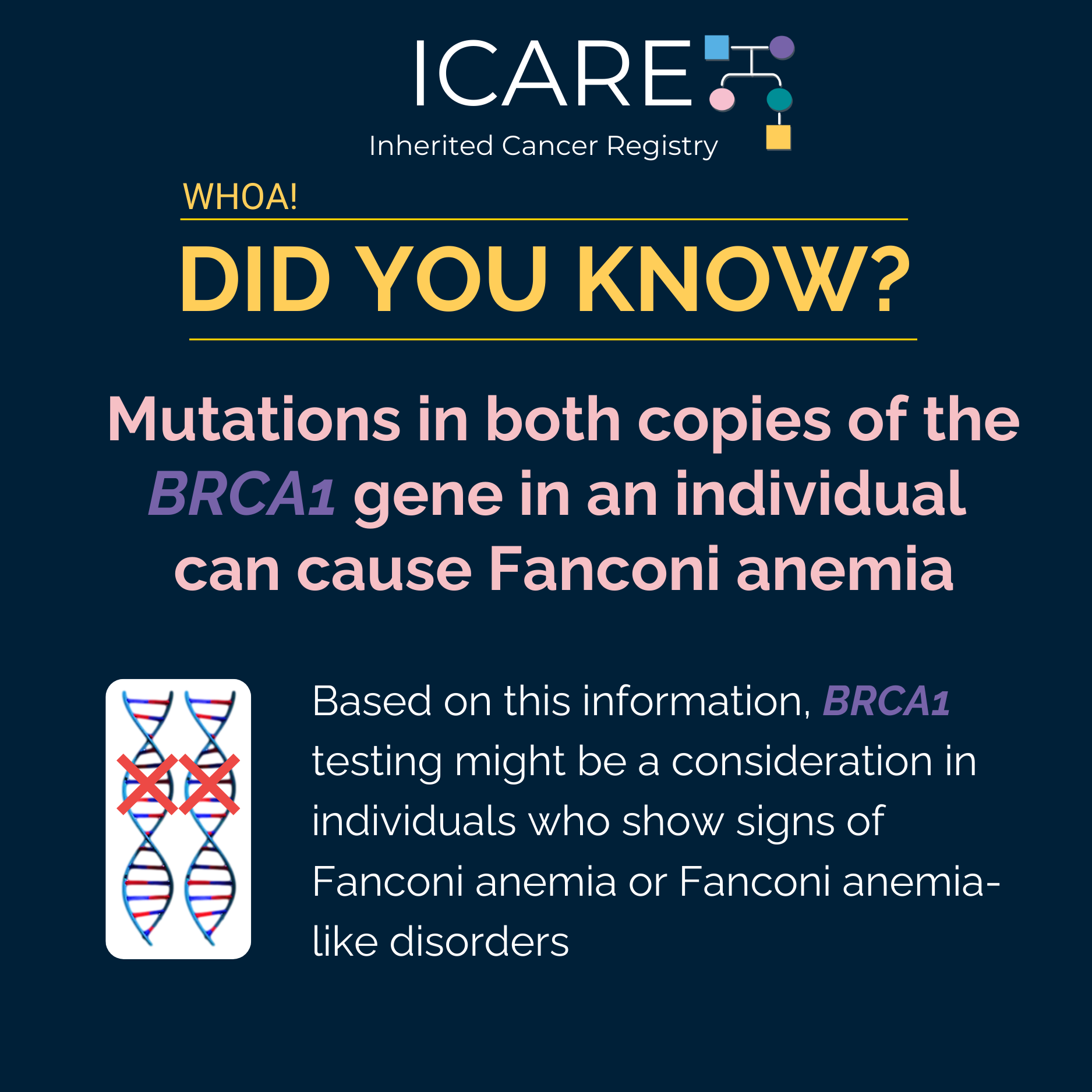 BRCA1 is not typically thought to be one of the genes which cause Fanconi anemia. However, rare cases of individuals with biallelic BRCA1 mutations (mutations in both copies of the gene) have been reported. One case involved a woman who had breast cancer at age 23, and was born with multiple birth defects consistent with Fanconi anemia-like disorder. Another case involved a woman diagnosed with ovarian cancer at age 28, who had short stature, microcephaly, developmental delay, and significant toxicity from chemotherapy (all consistent with Fanconi anemia).

Check out the following articles at:

Permanent link to this article: https://inheritedcancer.net/post90120/