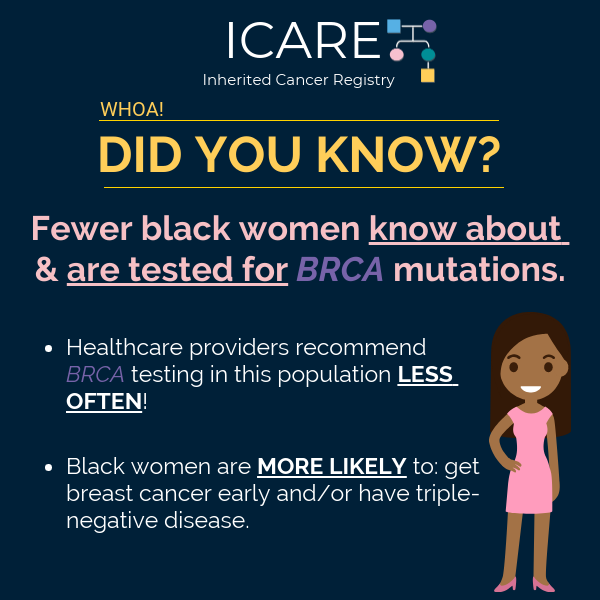 Did you know? Although BRCA testing has been around for over TWO decades, not all populations have benefitted equally from testing. In fact, our previous research has shown that black patients are less aware of BUT interested in genetic testing…when they know about it.

In addition, healthcare providers are less likely to identify and suggest BRCA testing among young black women with breast cancer compared to white women. What’s concerning is that black women are more likely to get breast cancer early and/or triple-negative disease, which are both hallmarks for inherited disease.

Check it out at https://bgreatinitiative.inheritedcancer.net/newsletters/

Permanent link to this article: https://inheritedcancer.net/post102419/