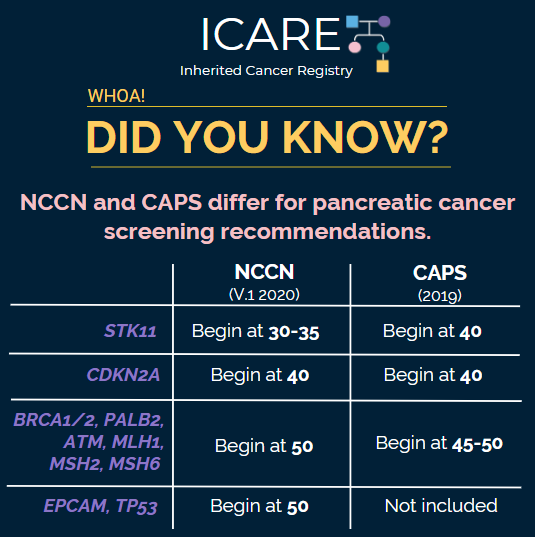 The National Comprehensive Cancer Network (NCCN) and the International Cancer of the Pancreas Screening (CAPS) Consortium recently updated pancreatic cancer screening recommendations. However, there are some differences between these recommendations. Specifically, screening with annual MRI/magnetic retrograde cholangiopancreatography (MRCP) and/or endoscopic ultrasound (EUS) is recommended as follows for NCCN versus CAPS:

STK11 regardless of family history:

CDKN2A regardless of family history:

Check out NCCN guidelines by creating a FREE account at https://www.nccn.org/professionals/physician_gls/default.aspx#detection 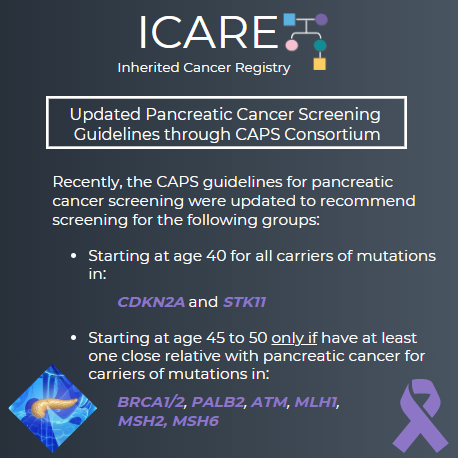 The screening was recommended for the following individuals:

Check out NCCN guidelines by creating a FREE account at https://www.nccn.org/professionals/physician_gls/pdf/genetics_bop.pdf. 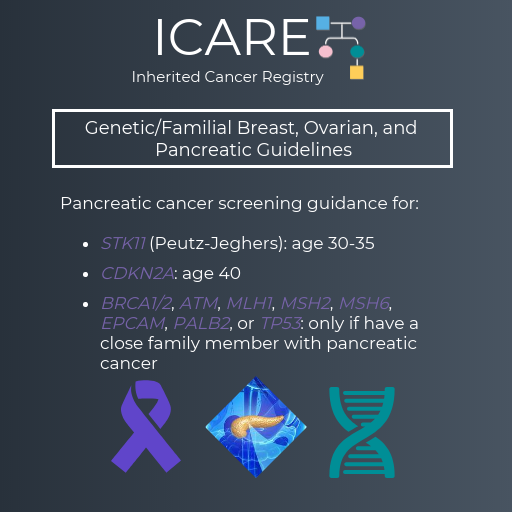 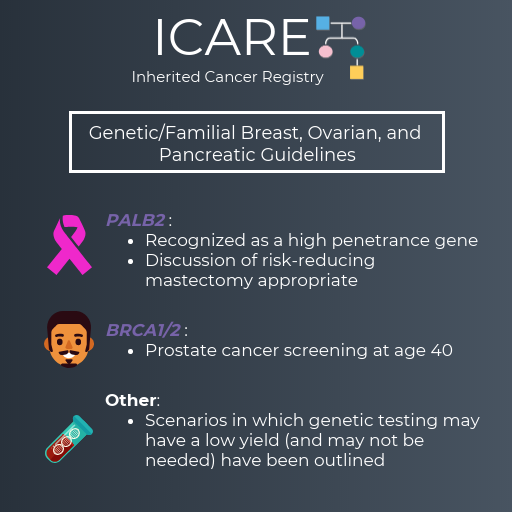 We are excited to share the latest version of the NCCN Genetic/Familial Breast, Ovarian and Pancreatic Guidelines (V1.2020), which were just updated. Some of the changes made include:

To see the full version of the guidelines, go to nccn.org, where they will ask you to create a username and password (which anyone can do), after which you will be able to view whichever guidelines you want. Check it out at https://www.nccn.org/about/news/newsinfo.aspx?NewsID=1790!

Breast and Ovarian Management Based on Genetic Test Resultsa